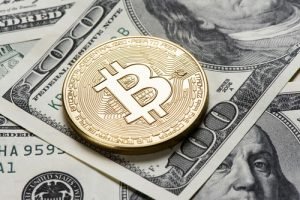 Investing in Bitcoin is crazy risky, but at the same time it is has the most Potential to see extreme gains and make you wealthy. I am using the Bitcoin as a generic word for all crypto currency. In it’s current implementation, It is going to go to $0 and be worthless….. Eventually. The real question is what does the timeline look like for it to make that rise and then crash. Is it 10 hours, 10 days, 10 years or 50 years? The short answer is I don’t know. But I do think I know what is going to send it to $0.00.

The Prediction:The public at large will demand for it to be shut down.

That’s right. I predict the public will demand change in how crypto is run, leading to the current system to be eliminated. I don’t feel there is one little thing that will lead to this end, and I don’t think my idea is original, but I have never read this anywhere else in whole.

There are 2 big things that are going to lead to this.

Together they lead to the perfect storm. Here is what I think will pay out.

Governments are already struggling with the idea of a currency they can’t control, but it is still small enough that it is not causing alot of pain. Also they are not sure what to do anyway.

Greedy hackers are learning fast that the best way to make money is to Start your own coin or scam others. Both of these are bad for the public as a whole. Making more coins is just confusing the public. His whole crypto this is confusing already, I still know people that don’t use Credit cards. Alot of these new coins fails and lead to public distrust.
Some of these ICOs are just scams as we saw with Confido. But there alot more Ponzi type scams with companies claiming unsustainable returns with MLM flare. Some people are trying to scam people outright due to confusion in the market and lack of reliable one source of truth. During the BTC Gold Fork did you see all the sites telling people to enter thier 12 word wallet key.

Also it seems that everybody wants to Fork a currency, killing public confidance and trust,while adding to confusion.

Even with all this confusion the crypto market will grow simply because FOMO.

At some point in the future there is going to be a HUGE! Scam or a bunch of coins are going to get corrupted/deleted. Much bigger than we have already seen. This maybe real or it maybe created by a Government.

The public outcry from this event will be massive. The people will demand that the government protect thier money like the FDIC does today in the US.

At this point the Government will be all too happy to take over. They will say the only way to prevent this event agian is to move away from a decentralized currency and move to the new Government made and controlled coin (E-Coin?) We will gladly comply and move to this new “Safe” coin. Now that we have the safe coin, there is no reason for other coins. They must only be used for illegal activities, so they will make all other coins illegal.